At 4.45pm on the 28th of June, 1975  twelve year old Terry Floyd left the Avoca Post Office, after visiting a friend, and walked to the corner of the Sunraysia and Pyrenees Highways to wait for a lift to Maryborough.

He was seen leaning against a white post about 400 metres from the intersection at about 5pm.

Approximately 10 to 15 minutes later a panel van was seen parked at Bung Bong Hill with a young boy standing by the van. The witness, after going into the bush area, returns some 20 minutes later and the van is still there but the boy was no where in sight.

That was the last sighting of Terry Floyd. Subsequent investigations have named a key suspect in Terry’s murder and the probability that a mine at Bung Bong Hill was where Terry’s body was disposed.

Find our more on the Missing Terry Floyd Facebook page. 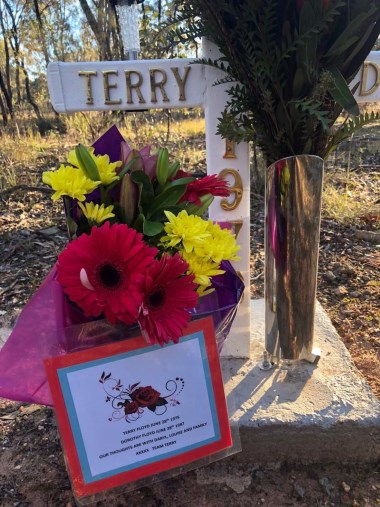